I have debated long and hard with myself whether or not to write about this, and how to go about it. This may alienate some people who know me. I have a close relative who was until recently a police officer. Being of my blood, I like to think they are a good person. Having known this individual since birth, it’s hard for me to believe that “all cops are bastards”.

Also, I recently had the privilege of being able to view the virtual premiere of the Ron Howard documentary, “Rebuilding Paradise”, which examines the destruction of the California town of Paradise by the Camp Fire of November 2018, a disaster of personal significance to me, as I lived in the neighboring town of Chico at the town, and was among the first bus drivers to resume service to the area in December of that year. The film features an interview with a Paradise police officer who cries while recounting the story of randomly encountering a woman who had been on the missing persons list, and his joy at finding her alive. When I saw that, I thought, “I guess all cops aren’t bastards.”

The phrase “all cops are bastards” has been impossible to miss, since I now live in Portland, Oregon - a city that saw over 100 straight days of protests, demonstrations and marches (and, yes, sometimes riots) since the murder of George Floyd by a Minneapolis police officer. The protests only recently paused because of local wildfires and the resulting smoke. The protesters turned their energies to providing aid to fire refugees and other house-less individuals.

The phrase “all cops are bastards” and its many iterations has been graffitied and “slap tagged”, and has otherwise appeared literally everywhere one turns in Portland. I’m a basically law-abiding citizen, but I’m sad to say that most of my interactions with police have not left me with an overall favorable impression of the profession. But, surely, ALL cops aren’t bastards. Right?

Now I want to relate a recent story of an interaction I witnessed between a police officer and a civilian. It’s a fairly minor incident, I suppose, but it finally helped me find the answer to my personal query, “Are all cops bastards?”

Because of my frequently changing schedule as a local bus driver, for a time I had to take my lunch in downtown Portland. At the beginning of this particular period, I used to enjoy sitting on a bench in one of the park blocks known as Lownsdale Square and Chapman Square. These parks are across the street from a federal courthouse and the Multnomah County Justice Center, home of the Portland Police Bureau. This four square block area had become the focus of the nightly protests in the wake of George Floyd’s death, but by day, things were usually quiet. Then the police began fencing off these blocks in an effort to keep away protesters. Then they removed all the benches in the parks. When the fences were finally removed, the benches remained gone. Now there was no place for me to sit while I ate my lunch. I’m old enough that it’s important to me to have back support when I sit for a spell. I’m not comfortable sitting on the grass or on a retaining wall or amphitheater step with no back support.

I eventually settled on eating my lunch on a concrete bench with a backrest that was located along the side of the Justice Center. One day, a uniformed PPB officer came out of a nearby side door with a female friend wearing civilian clothing. They stood for a while and chatted. I didn’t pay them much mind, but I was vaguely aware of the generally pleasant nature of their conversation. I just ate my lunch and gazed at my mobile phone, but I couldn’t help but think that this police officer seemed like a nice person. Again I thought, “Maybe all cops aren’t bastards”.

Then I became aware of a disturbance in the otherwise peaceful nature of the scene. A young woman had walked past the officer and his friend. Apparently the young woman must have said something the officer didn’t like. I became aware that he was raising his voice to call after her, and he was using phrases to the effect of “I really appreciate your comments”, and “I hope you have a nice day”, but in a very sarcastic tone of voice. As she passed by me, the young woman fired back something I didn’t catch (I really need to get my hearing checked, I guess), but I clearly heard the officer’s next response, which chilled my blood. He said, “I hope I run into you later.”

I couldn’t control my reaction to hearing this, and my head snapped in his direction, and I stared at him for a few seconds. And he saw me looking at him. I contemplated saying something to him about what I’d heard, but I opted not to, for I was wearing my work uniform and I was worried that such an exchange might be noted and find its way back to my employers.

A few moments later, the officer and his friend ended their conversation. The woman walked away, and the officer went back inside the Justice Center. I was left feeling disturbed by what I’d heard. On the face of it, a phrase like “I hope I run into you later” seems innocuous enough, but there was obvious malice behind it from the officer. Here was a grown man, in an official capacity, and he couldn’t just ignore the taunts of a woman in her early twenties.

And I couldn’t help but wonder what might happen if that officer did encounter that young woman later - like at a protest, when it’s dark and he’s surrounded by all his cop buddies, and they’re all shrouded in their dark, anonymous riot gear, and things are noisy and tense and perhaps smoke or tear gas is drifting around. What might happen then? Would this unknown officer get to indulge whatever it was he wanted to do to this insolent girl in retaliation for her insults?

So, this cop had seemed like a nice person when he was chatting with his friend. He’s probably considered a nice guy by his family, friends and co-workers. But it didn’t take much for a different side of him to show itself.

This encounter made me understand the frequently-seen meme that goes along these lines: “If you have 1000 bad cops, and 12 good cops, but the 12 cops don’t do anything about the 1000 bad cops, you have 1012 bad cops.” That may sound overly simplistic, but what I saw made me realize that even though there surely are good cops, they can’t outweigh the wrongs done by the bad cops, who seem to be in the majority. So I can only conclude that, indeed, ALL cops ARE bastards, even if for some it’s only by association.

New Chapter of "A Write Panic"

A new installment is up at "A Write Panic".
Posted by Rimpy Rimpington at 9:44 AM 2 comments: 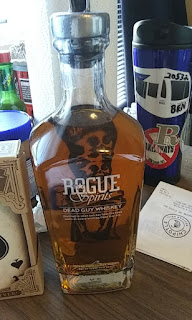 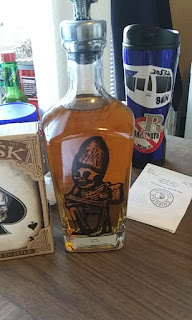 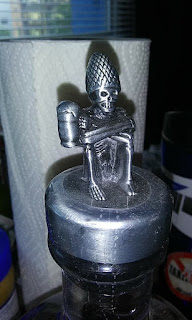 What we're drinking when we lost an old friend to cancer. Rest in peace, Ba.
Posted by Rimpy Rimpington at 9:08 PM 6 comments:


I haven't seen anyone as blatant as the woman described in this story, but I've seen plenty of passengers who demonstrate complete ignorance of or disregard for social distancing guidelines (despite ample new signage in the buses re: same), and it frightens and angers me.

I added a screen shot of the article referenced in previous post "Oops", for the benefit of my foreign readers who said the link didn't work for them.
Posted by Rimpy Rimpington at 8:07 AM No comments:

Not my yard, but still scary.
Posted by Rimpy Rimpington at 9:37 AM 2 comments: 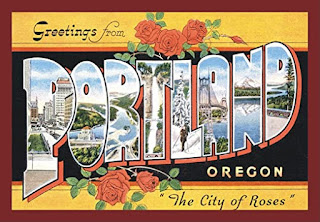 A couple of posts ago I mentioned that I had undergone some major changes in my life. I won't bore you with the sordid details, but after a few rough months, I'm in a better place. I'm currently residing in Portland, Oregon and continuing in my work as a bus driver, but now for the local transit authority, TriMet.

I now feel able to resume some of my previous on-line activities, and am eager to begin posting about my new city and what it's like to go from driving for a small, semi-rural transit system to driving for a very large and busy one. Of course, with COVID-19, the city and the system are not very busy at all. I was just starting to get used to maneuvering in heavy traffic on narrow streets, and then everything changed. It will be a bit of a shock to my system if and when things return to normal.

Right now TriMet is dealing with drastically reduced ridership, and is having to make some cut backs in services, so next week I will have a different work schedule. At least I'm still working.

In other news, I am currently involved in a fun writing project with some of the Infomaniac Bitches and other bloggers from around the globe. It's called "A Write Panic". We take random turns writing new posts for an evolving story. Check it out, won't you?
Posted by Rimpy Rimpington at 11:00 AM 9 comments: