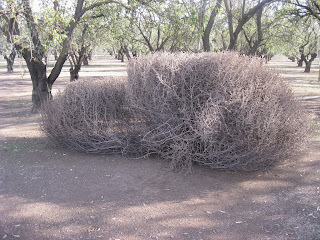 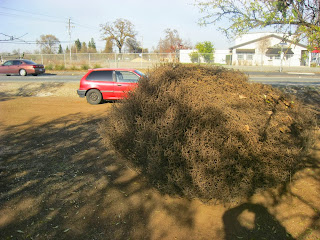 I think I found the king of all tumbleweeds. To be honest, I don't know if this dried out husk of a plant is the one of the types that makes tumbleweeds. I do know that it is one plant - it had a one central stem, and although it was about the size of my car (seen in the background of the second picture for scale) it weighed only a few pounds.

We do have tumbleweeds in this area, but this behemoth was in an orchard, far from where they are normally found. I suspect that it tumbled off of a gardener's truck or trailer as it was being hauled to the dump or burn pile.

I can't tell you how tempted I've been to try to tumble this thing down the road by pushing it with my car, but I wouldn't want to end up like these poor bastards...

So called "life hacks" (what we oldsters would call "useful hints and tips" in our funny old-fashioned way) are popular on the internet. Often there are some good ideas among them - the kind that make you say, "Why didn't I think of that?", but sometimes... 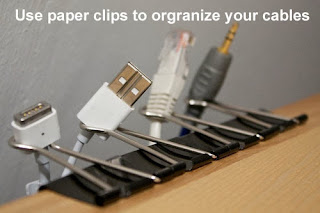 A good idea, but I can't help pointing out that those are binder clips, not paper clips - as they noted later in their own article: 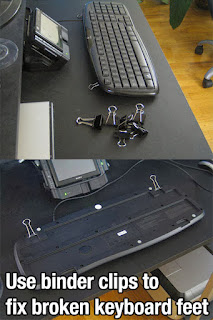 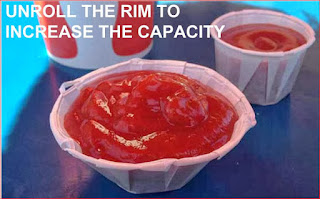 Some fifty years ago, my dad showed me that increased capacity can be achieved by putting the opening of the cup against your mouth with your palm on the bottom and gently blowing into it. The bottom expands without decreasing the integrity of the rim. 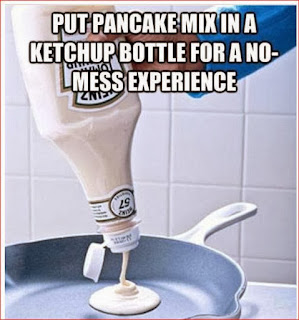 If you don't mind faintly ketchupy-flavored pancakes. Have you ever tried to thoroughly wash out one of these porous plastic containers? It's impossible. 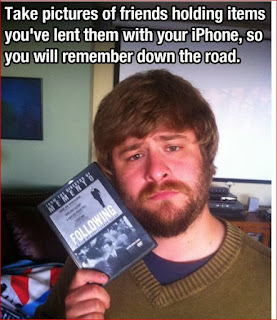 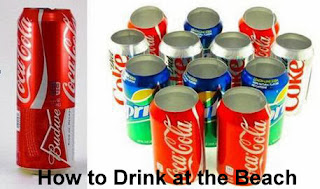 ...if you're an alcoholic dick. 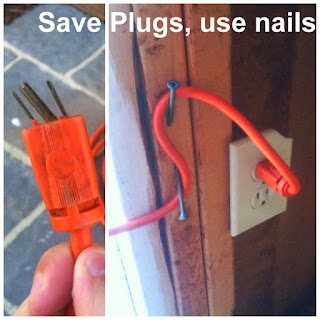 Those are screws, not nails, but point taken. And what's with the capitol P in plugs? 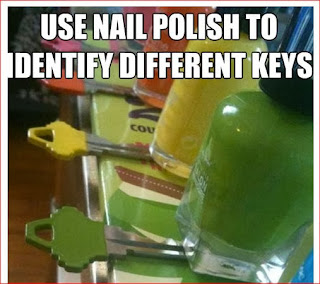 You can also buy little colored rubber things that slip over the head of the key for next to nothing, but I guess if you're on a super-strict budget and don't mind wasting your expensive nail polish, then, by all means, go for it. 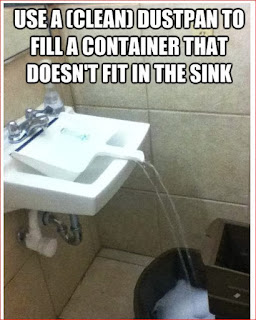 For those rare homes that have neither a tub or shower.

This is great, but I still can't do it. Nope. Just gonna wad that fucker up and shove it in the closet.
Posted by Rimpy Rimpington at 10:18 AM 2 comments: