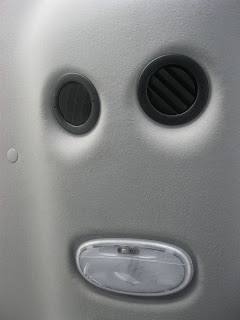 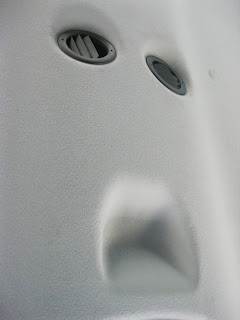 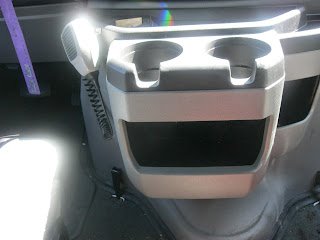 These three comical robotic faces are all in the company shuttle van.
Posted by Rimpy Rimpington at 12:41 PM No comments:

What Would Jesus Do (About Boobs)? 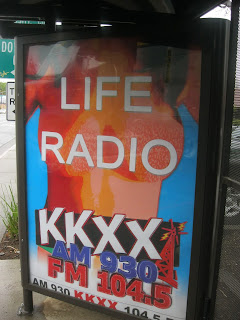 In case I haven't mentioned it before, I drive a bus. There are several of these advertisements for a local radio station in various bus stop shelters. If that looks like a large pair of breasts behind the word "radio", that's because that is exactly what they are. The first time I saw this ad, as I flashed by in my bus (because no one was waiting at that shelter), I thought that the breasts were bare. A subsequent passing seemed to bear out that the breasts were indeed covered by something. Finally, when no one was on board, I stopped at one of the shelters and gave the poster a good...long...look - you know, just to make sure.

So basically what we have here is what appears to be a Warholish coloring of a photograph of a woman's torso clad in a bikini top. There are also some posters that feature a man's bare chest. Now using flesh - especially boobs - to sell something is nothing new. What's confusing about this particular ad campaign is that these two radio stations (AM 930 and FM 104.5) are CHRISTIAN! What is up with that?
Posted by Rimpy Rimpington at 12:38 PM No comments: